I remember back when I was nipper and SeaWorld was the place you went to find out about marine animals, get splashed by Shamu and cool off after a week of white-knuckle action at Florida’s other major parks. But somehow, since the addition of Kraken in 2000, SeaWorld has been quietly adding new record-breaking rollercoasters to its offering. The most recent to pop up, Mako, is now the tallest, longest AND fastest in Orlando. How’s that for a statistic thrill fans?

In our pick of the six best rollercoasters in Orlando, we named 16-year-old Kraken as one of our favourites so will this snappy new ‘hypercoaster’ (more on that later) be wild enough to take on the top dog? Passportstamps was lucky enough to be at the world preview of Mako, meaning we were one of the first riders to take to the track. The coaster, which is said to mimic the swimming style of the agile Mako shark, promised to include plenty of dips, turns and swoops – pretty sure these were the technical names anyway… I’d heard a lot about Mako in the lead up to opening day so now we were strapped into the front row it was time to find out whether this shark coaster had a bite as fierce as its bark.

Climbing the 200ft lift hill, dramatic music is blasted in your ears as the train reaches the point of no return. Anticipation races in your stomach as the cars seem to take forever to tilt before beginning their plummet down a 70-degree-angle drop. The sensation feels a lot like a bungee jump and with no over-the-shoulder harness and only a lap bar for company it was as terrifyingly as a thrilling freefall.

As the cars race through the first wide dip your bottom lifts right out of the seat causing all sorts of tummy tickles. This is described by the experts as ‘air time’ although I’d have gone for more ‘scream your face off time’ myself. What follows is a mile-long race to the end with more hills, plunges, turns and butt-out-of-seat sensations, but interestingly no upside down elements. We met Brian Morrow, Vice President of Theme Park Experience Design for SeaWorld after the ride and he explained the USP of this new hypercoaster design as ‘reaching heights of over 200 feet, higher speeds, no inversions [loops] and incorporating this new concept of air time that ride enthusiasts love’. It also means that despite its super-statistics, slightly younger children and those who can’t face the feeling of upside-down rides can experience Mako too. There is a 54-inch height restriction, which is approximately the height of an eight-year-old. Step forward the daredevil kids!

I loved the ride, it was a shock and a treat, plus I had never ridden a ‘flying style’ rollercoaster like this before. Unlike many coasters that follow the same formula and track style, I can’t see the flying aspect of Mako getting old. Each trip we had was unique and none less thrilling than the time before. If you can, ride again at night for some spectacular views across Orlando – if you have your eyes open!

Mako, and its surrounding area which focuses on dispelling common myths about sharks and how guests can help with conservation, is a great addition to the park and a real highlight of our visit. In the battle of Dragon Vs Shark, I must admit the new Mako may have edged out Kracken to steal my thrill-seeking heart. Over a decade of design engineering has lead to the creation of a surprising, smooth yet energizing experience – I can’t wait to come back next year and see if it is still as ‘jawsdropping’ as it was today.

If you are planning a trip to Orlando this year, SeaWorld Orlando tickets are priced from £97 per adult and £93 per child for a 3-Park Bonus Ticket including 14 days access to SeaWorld, Busch Gardens Tampa Bay and Aquatica.
To book visit www.attraction-tickets-direct.co.uk 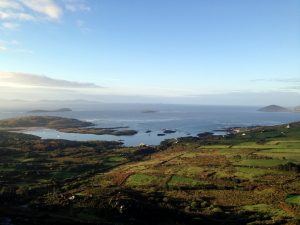 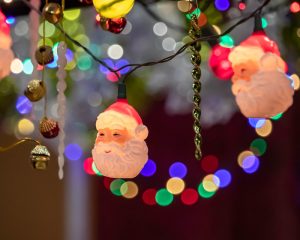