Home » Six Picks » Six things you must do in New Zealand

Six things you must do in New Zealand

If you’re planning a trip to New Zealand this year then make sure you pack plenty of energy. Queenstown, often nicknamed the adrenalin capital of the world, has everything you need for bungee jumping, jet boats, canyon swinging and other daredevil activities but the rest of New Zealand also has so much to see and do you’ll be grateful of that long flight home so you can sleep it off. Here are six of the best things you can do in New Zealand – and trust us, narrowing it down to six was a challenge in itself…

The six best things to do in New Zealand:

If you’re flying into Auckland and want to dive straight in to New Zealand’s natural beauty, head around 3.5 hours north to the Bay of Islands. Stay in the town of Paihia, which is the ideal spot to explore the brilliant blue waters that surround 150 undeveloped islands. The town itself is small and charming but everyone comes here to go out on the water and there are plenty of ways to do that. From stand-up paddleboards to canoes, to larger tour ferries, sailing boats and speedboats you’ll find yourself on the open water in no time. We opted for a medium-sized sailboat from She’s A Lady Island Sailing Adventures that offered the chance to learn some sailing skills. Dave, our skipper was brilliant – as well as knowing everything about the local area, wildlife, sea life and sailing, he was good fun too. The tour included lunch and stopped at a remote idyllic beach with the option to go swimming, snorkelling and kayaking. Plus, as well as dolphins and a (possible) whale sighting, we also saw two penguins swimming alongside the boat. With the weather on your side it’s the perfect way to spend the day.

This magical underground wonderland is genuinely a must-see itinerary stop for your trip to New Zealand. We actually drove across the country to do it and it was worth every mile (the drive is two-hours from both Auckland and Rotorua). If you’ve never heard of the Waitomo Caves before, prepare to be amazed. Hidden below tumbling green hills, dotted with grazing sheep, is a labyrinth of 30-million-year-old caves. Going down into the caves is fun but the real magic happens when you look up. Despite being 100ft underground, the sky above your head is decorated with a million tiny stars. Confused? What you can actually see are trillions of glowworms, accurately named Arachnocampa Luminosa, that are native to New Zealand and simply stunning. If you want to get super scientific, they aren’t worms at all but luminescent lava hanging from the ceiling, but it’s impossible to do them justice by describing them here – you’ll have to see it for yourselves. All ages, abilities and tastes are catered for, with this being the primary reason most tourists visit the area. Indulging our adventurous side, we took a tour with Waitomo Adventures which involved climbing into the cave, travelling through some pretty cold water and squeezing through a few very small canyons. But the highlight was a ride on a rubber ring which glides through the tunnels as you lay on your back and stare up at the sky of stars.

New Zealand’s capital is the perfect place for a weekend city break. If it wasn’t 24-hours from London I’d be a regular at the cool bars, authentic vintage shops and craft breweries. And don’t even mention the quality cafes, restaurants and food pop-ups that feed the city – the food here was some of the best in any city we’ve ever visited. There’s only one way to describe Wellington – it’s just ‘cool’ – and without even trying. As well as the picturesque lakefront, hill-top views and world-class museums, there are so many places to hang out, see live music or generally just people watch. Don’t miss the cable car that ferries visitors to the stunning Botanic Gardens, which also has spectacular views across the city. A top spot for dinner and cocktails is the popular Hummingbird eatery – reservations are recommended.

Hooray sun-seekers, Abel Tasman National Park is officially the sunniest place in New Zealand with over 200 days of sunshine. Climb the winding roads to the highest peak for a view of the turquoise water and sandy islands. This is a haven for cyclists, hikers and generally, anyone who loves the great outdoors. Rent a kayak from Abel Tasman Kayaks and take yourself off to a choice of deserted beaches for a picnic. Even if you don’t fancy a trip on the water, pretty much everywhere you go in Abel Tasman is a beauty spot waiting to be explored. Go camping and wake up under the stars and then go where the wind takes you – that’s the beauty of New Zealand.

The drive to Aoraki and Mount Cook National Park is stunning enough to just arrive there and then turn around and drive back. But don’t do that. If you love hiking there are trails for all abilities that leave from the visitor centre but for those that want an effort-free view of the mountainous landscape there are easy access viewpoints and vistas. The highlight was a glacier hike on the Tasman Glacier. Many visitors head to Franz Josef or Fox Glaciers, further west, but the glacier that dominates the Tasman Valley is less crowded and equally as beautiful. Mt. Cook Ski Planes have a helicopter glacier hike, coupled with a flight into the mountains in a ski plane, landing in the upper snow fields. Jump out and be the only ones running around the top of a snow-capped mountain. Pretty special.

GLENORCHY, RIDE OF THE RINGS

If you’re a Lord Of The Rings fan or you haven’t been living under a rock for the last 15 years you’ll know that the movie series was filmed on location in New Zealand. There are spots all over, most of which in the South Island, which doubled as movie locations. The most famous, Hobbiton, is a tourist hotspot but if you really want to experience the natural beauty that forms the backdrop to the films, head out to Glenorchy, an hour’s drive from Queenstown. The area really is stunning in every sense of the word and one way to really take in your surroundings is on horseback. The Dart Stables, Ride of the Rings tour combines a 4×4 adventure with a two-hour ride cross-country on horses, some of whom actually starred in the movie itself. Suitable for beginners and incredible for everyone. 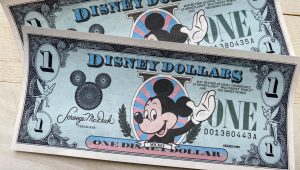 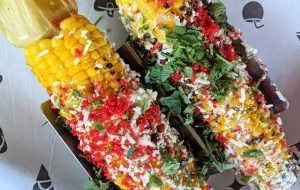