10 things to do before you visit San Francisco

If you are headed to the city by the Bay* (*more on that later), Rosie Mullender has compiled a handy list of what to know before you go…

10 THINGS TO DO BEFORE YOU VISIT SAN FRANCISCO

Known for being one of the most expensive cities in the US, make sure you’re prepared so you don’t find yourself on the Wharf with a tenner in your pocket and a sense of misplaced hope. With the pound weak at the moment, you’ll find yourself paying more than even London prices for food and drink, and most attractions cost at least £25-£50. Better start saving…

You may call it ‘Frisco, SF or San Fran among friends. You may even have heard it called it Saint Frank, The City By The Bay or just The City. But what locals call it and what you’re allowed to call it are apparently two very different things. Just use San Francisco. It’s easier that way.

If you’re looking for Californian sun, San Francisco isn’t the place to go for guaranteed sunshine. It’s an amazing city, but even in the summer (September being the warmest month), the average high is still only 22 degrees. The weather is also extremely changeable, keeping unsuspecting tourists on their toes.  It can go from boiling in the morning to super chilly a few hours later. Down by the bay, the city is swathed in fog until the afternoon more often than not, adding to the feeling that this is a city not on speaking terms with the rest of the state. Oh, and the fog’s called Karl, FYI. It even has its own twitter feed. The history behind the fog’s name is somewhat of a mystery but apparently Karl the Fog was born as a Twitter account in 2010, by an anonymous tweeter. In a SF Weekly article, the account holder says, ‘I’ve always thought of the fog as mysterious and romantic and looked forward to its arrival. Since everyone was complaining, I started thinking, ‘I wish the fog had a chance to defend itself,’ and that’s when I created the Twitter account’. Hmm, sounds like a good use of one’s time anyway…

As beautiful as San Francisco looks on Instagram, the city unfortunately has a large homeless problem so expect to see vagrants sleeping on the streets. Apart from the odd chancer who might open a door for you and ask for a dollar in return, the homeless community here aren’t usually aggressive but you will find them everywhere from slouching outside posh department stores to riding on the public transport. Don’t be surprised if you detect the odd unsavoury pong too but the city are taking measures to combat the problem. Of course, like any big city, pick-pockets are rife (especially in key tourist areas) and you should avoid wandering in less-busy or unfamiliar areas after dark to be safe.

Everyone in the city uses Uber, but if you’re trying against the odds to do SF on a budget, you need CityMapper. A fantastic app that tells you how to get from A to B in major cities around the world, it’s essential to plan your journeys via BART (the limited metro system), cable car or bus.
If you haven’t got a CityPass (which gives you free travel and discounted entry to some of the attractions, albeit for a hefty outlay), try downloading the Muni app, which allows you to pay bus fares via your phone, via PayPal or a credit card. Simply activate your ticket before you hop on – you’ll get a 25c discount on the $2.75 fare and it will save you from spending your whole trip digging around for the exact change.

*It goes without saying that you’ve sorted out your phone contract so you don’t get charged billions of dollars for data roaming, right? RIGHT?

Plan a visit to San Francisco’s China Town which is over 150 years old and has the highest number of Chinese residents living in one area outside of China itself. The district, which is around 20 square blocks, actually attracts more tourists than the Golden Gate Bridge and is a great place to get cheap eats and tacky souvenirs to take home.

7. Get hold of some dollar bills

As with the rest of the US, San Francisco is powered by tipping, and a lot of low wages are expected to be topped up this way. From bellhops to chambermaids ($1-$2 per bag / night) through barmen and waiters ($1-$2 per drink / 10, 15 or 20% of your bill, depending on whether service was lousy, average or great), everyone expects to be tipped. And you don’t want to be that Brit who didn’t know the etiquette and left the barman with just a hearty wave goodbye, do you?

8. Work on those quads (and pack sensible shoes)

San Francisco is very, very hilly. You know that scene in Inception where Ellen Page makes the road bend until it’s standing vertically up in the air? San Franciscans didn’t realise she was dreaming, because that’s their real life. Put it this way, if you’re out of shape or wearing ballet pumps, you won’t make it.

Or ‘trousers’ as we call them over here. You’ll eat a ton of food covered in cheese, and will then justify eating even more food covered in cheese by walking up some very steep hills. It’s fine, you’re on holiday and San Francisco has some of the best food we’ve sampled in the US. But don’t expect to look fancy while you do it. Those feeders at San Francisco Food Tours don’t help matters either…

10. Leave your timid self at home

There’s a lot to be said for planning your holiday. But San Francisco isn’t so huge you can’t enjoy it just by wandering around and seeing where the roads take you, and it responds well to a sense of adventure. Hop on a tram or classic cable car and see where it goes. Go into that cool-but-creepy-looking bar. Choose the weird-smelling meat taco from the food truck. San Francisco is so many things to so many different people, you can take your friends’ advice on what to do – but sometimes it’s best to go your own way. 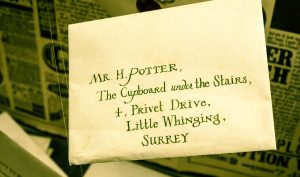 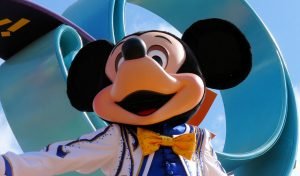