The Grand Canyon is MASSIVE. (7,800 feet deep to be exact-ish). But believe it or not, it’s not the only thing that’s really excellent about Arizona. For example, did you know that Arizona grows ALL the lettuce for the United States? Yep – so if trying to imagine a ten-mile wide giant hole in the earth didn’t blow your mind, I bet that did. Unfortunately, the humble lettuce isn’t very instagrammable so here are six other #STAMPSfacts about one of my favourite US states.

The desert is not flat or made entirely from sand

Arizona actually has 3,928 mountain peaks and summits, which is more mountains than any of the other ‘Mountain States’ in the USA (Colorado, Idaho, Montana, Nevada, New Mexico, Utah and Wyoming in case you were wondering). New Mexico has more Crystal Meth though*

There is also 11.2 million acres of National Forest in Arizona and approximately 85% of the land is comprised of national forests, national parks, wilderness areas, wildlife preserves and Indian reservations. In fact, the first thing I noticed about lovely AZ was how much greener it was than I’d expected.

The Saguaro Cactus – the one with the wavy ‘arms’, made famous from every Mexican restaurant you’ve ever been in – is the largest cactus found in the U.S. and can grow as high as a five-story building, which is slightly terrifying. I have never seen one that big though. Story of my life…

We’re sorry that your local TexMex fajita house has been lying to you but the Saguaro Cactus is native to the Sonoran Desert, which stretches across southern Arizona (OKAY, and a significant part of Mexico as well). These curious plants can store up to nine tons of water so if you get thirsty on your road trip from the Canyon just cut one open and drink…oh, no, wait, hang on…I just found out that if you cut down a protected species of cactus in Arizona, you could spend more than a year in prison! I’ve seen that Louis Theroux programme. Just go to SevenEleven. along the I10.
*allegedly

Which is weird but amazing. And yes, I do mean London, England. The actual London. Turns out our London Bridge is actually a replica. The original one was replaced in the 1960s, dismantled, shipped stone by stone and reconstructed in Lake Havasu City, Arizona, where it stands today. Robert P. McCulloch, the founder of Lake Havasu City, purchased the bridge and re-assembled it over Lake Havasu as a tourist attraction. You can go! Tours are $10 per person.

The rustic town of Prescott, Arizona is home to the world’s oldest rodeo, dating back to the 1880s. The rodeo, which takes place around the 4th July celebrations, is a really authentic place to see genuine US patriotism and is ranked among the top 40 best rodeos in America. Plus, with over 30,000 stetson-wearing spectators, the crowd is an extravaganza in itself. Grab your cowboy boots and get involved.

You can see actual stars up close. And maybe Aliens*

Miles of wide open space and no light pollution means no wifi (mostly) but also LOTS OF STARS. Makes sense then, that the world’s largest solar telescope is located at Kitt Peak National Observatory in Sells, Arizona. Countless wonders await stargazers on any clear night. In a possibly related activity type – be on the lookout for aliens while you’re there – AZ is said to be the hottest spot in the U.S. for UFO activity…at the time of printing, passportstampsuk can neither conform nor deny any sightings of ET and friends.

There are lakes. Big ones

Don’t forget your bikini / fishing rod / jet ski – turns out the two largest man-made lakes in the U.S. are in Arizona. They really do like things big here. Lake Mead and Lake Powell are both located in Arizona. The crystal clear Lake Powell is famed for its floating houseboat accommodations. Rent a self-driven houseboat and experience the ultimate peace and quiet (you don’t get more of an antidote to noisy neighbours and police sirens than in the the middle of a lake that is in the middle of a desert). This year, lower water levels mean a rare opportunity to explore sights and isolated beaches that have been underwater for many years, a  bit like The Little Mermaid.

People actually live at the bottom on the canyon

The Havasupai tribe has a reservation at Havasu Creek, an area so remote their U.S. mail is still delivered by mule. In the U.S., you’ll often hear Arizona referred to as the ‘Grand Canyon state’ which is actually its unofficial nickname, despite being on the number plates.  Almost five million people visit the Grand Canyon National Park each year and you should definitely go. There aren’t many places like this in the world. Don’t stand on the edge though – if you stood four 1,300-foot skyscrapers on top of each other they still would not reach the top. Eek!  Check out the gift shop at El Tovar , the 120 year-old hotel that looks over the rim. This book documents all deaths in the canyon and is slightly morbid but incredibly fascinating. It’s no surprise that most people fall over the edge for various reasons (and yes, toppling off posing for photos is high up there – excuse the pun). Maybe a read for your second visit perhaps…
Again, don’t fall off. There are more amazing posts like this to come!

Read about our experience in Arizona:

Learning to be a cowboy at Arizona Cowboy College

Driving the desert – a road trip across Arizona

Where to stay in Arizona 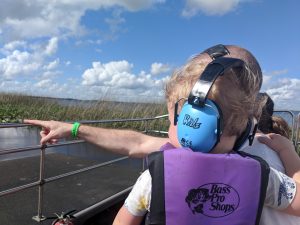 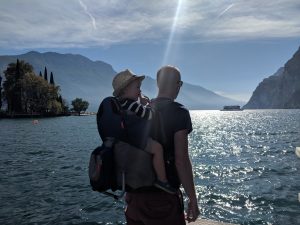