I’ve been to Orlando, Florida more than a few times and I always have the same debate; should you splash out and stay on a theme park property or save pennies and bunk outside the boundaries of Mickey and co, the minions and Harry Potter?

This time I was in town to go the epic Halloween Horror Nights at Universal Studios so I opted for the former. Loews Portofino Bay is Universal’s luxury resort and access to the park is via a free water taxi that runs to and from the gates every fifteen minutes. You can also walk home from an evening being chased by zombies through a rather romantically lit winding pathway, which is convenient – especially if you need to walk off the giant food portions they serve you in the USA.

In terms of facilities, the hotel has everything you need – spacious rooms, two large pools, a gym, a spa, all the cable channels and (in my room – Villa 2314) a small terrace. But the thing you really need after 10 hours dashing around a theme park is a good night’s sleep and the beds, and more importantly, pillows here are divine. It’s like sleeping in a bowl of vanilla ice cream, if the ice cream wasn’t cold and made you sleep like a Disney princess waiting to be kissed by a prince. I was impressed with the hotel toiletries – branded shower essentials from natural and ethical brand Davines. Full sized bottles of this shampoo in England retail at £16.

The other great thing about this hotel are the pools. One is a faux beach that blares cheesy music and is packed with kids, and the other is (mostly) adult only, beautifully serene and lined with palm trees and comfortable sun loungers. Poolside servers are on hand to bring you delicious, if slightly expensive cocktails.

For comfort and convenience I really liked staying at this hotel and all the staff were as friendly and charming as expected. As a rule I’m not a fan of large hotels as often they can be soulless, and this one is massive (700+ rooms). Even though the hotel was fully booked during my stay, there were times I felt like I was the only guest rattling around the corridors. Although, I’m sure many people will find this very appealing.

There were a couple of things I didn’t like – on room service I discovered that you can’t order wine by the glass, which I found bizarre. Plus I think a five star room should provide at least one complimentary bottle of water per night – this one offered a bottle of Fuji water, for $8+tax.

Most disappointingly, the wifi doesn’t reach the pool, which isn’t really on. If there is anyone who wants to work on their Blackberry and/or Instagram from the pool it’s people who frequent five star hotels. I recently stayed at a campsite where the wifi was so strong you could get it in the sea…come on Loews. Raise your game. 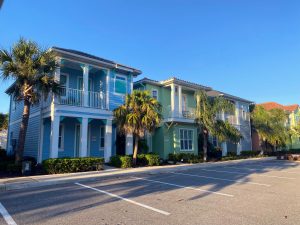