Home » Party places » What to do in Nashville

What to do in Nashville

Whether you’re a die-hard country music fan or someone whose knowledge only goes as far as Taylor Swift’s Instagram, these are the places Brits should hit when they check in to America’s Music City. But don’t be fooled into thinking Nashville is just home to big-haired Dolly Parton tribute acts.  Beyond the blazin’ lights of its main tourist strip ‘Downtown’ there’s a quirky city that manages to mix urban chic with retro cool, all with a classic country ‘twang.

Here are our Top 10 picks of things to do in Nashville:

Nothing tastes more like the deep south of America than a bucket-o-fried chick’n. Get it from Hattie B’s who have been serving up hot chicken in Tennessee for 80 years. Soaked in seasoning for 48 hours and then crisp-crunchy fried in varying levels of chilli – pick your own heat. But be warned – the hottest option ‘shut the cluck up’ is definitely not for the faint hearted.

2. SIP COCKTAILS IN A HIDDEN SPEAKEASY

Lots of celebrities have slipped through the door but which A-listers have propped up the bar remains a closely guarded secret. (Kings of Leon are rumoured to be regular patrons).  Mega-cool, The Patterson House, is hard to find, nestled on a quiet residential street. But once you’ve located the entrance and slipped through the velvet curtain, you can drink / or eat (we’re not sure…) a Bacon-Infused Bourbon among other unusual tipples. The menu is exciting as the star spotting!

The Country Music Hall of Fame is so massive that it takes up two blocks and is the venue for the legendary Country Music Awards. Most of Nashville’s 11.8 million visitors a year go in to see Elvis’s nine-carat-gold piano, glitzy country costumes from the likes of Shania Twain and The Dixie Chicks as well as to learn about the evolution of Country Music from it’s grass root origins. The main museum is well worth the visit but don’t miss the Saturday morning songwriter sessions – some of music’s biggest influences slip in quietly, talk about their music and play a few of their favourite tracks live. Don’t be surprised if you hear something you recognise from famous artists such as Ronan Keating, Miranda Lambert and Lady Antebellum.

Unless you’re in the market for tourist tat (pink cowboy hats / rhinestone fridge magnets etc…) venture out to east Nashville, around 15 minutes from Downtown. This quirky neighbourhood is home to an assortment of local art and craft vendors, independent eateries and vintage stores. Don’t miss the brilliant Fanny’s House of Music, a kind-of music-store-come-vintage-fancy-dress-emporium-come-meeting-place-for-locals-to-hang-out. If you can play an instrument, entertain fellow shoppers with your skills or simply browse the curious stock and enjoy someone else’s effort.

At the heart of southern dining is the traditional ‘meat and three’ corner cafeteria style grub. It’s a basic idea – choose your meat (usually from a selection of fried chicken, meatloaf or pork chops) and three sides to go with it.  Mouth-watering selections include creamed corn, macaroni cheese, cabbage, peas, beans and gravy. Simple it may be, but proof that you don’t mess with a basic formula that’s worked since the 50s, is the sizeable queue outside Arnold’s Diner (605 8th Avenue S, Nashville) – thought to be the best in Nashville. Being on the outskirts of town has in no way affected the popularity of this place, that serves a seemingly never-ending line of construction workers, music execs, savvy tourists and celebrities. Cheap, good, comfort food served with cornbread, sweet tea and lots of banter.

These boots were made for walking… and dancing, and packing in your suitcase to take home and impress your friends. Cowboy boot stores are on almost every street corner in Nashville but Goodbuy Girls vintage boutique is the real deal. Pop in for good quality leather kickers and one-of-a-kind clothing pieces. If you have the patience to root through the piles of boxes, you might find jewellery, belts, and unusual souvenirs to take home too. Plus – tweeting with the #goodbuygirls hashtag gets you an instant 10% off – so keep your phone handy!

If you’ve got moves, show them off on the dancefloor at East Nashville’s best keep secret, The 5 Spot. There is something going on at this hip haunt (said to be a favourite of the Nashville TV show cast) every night of the week, but Monday is definitely the new Friday with locals packing out its legendary ‘dance party’. Don’t show up expecting glow sticks and modern tunes on the decks. The music here is 50s and 60s swing, Du Wop and Rock’n’Roll. Wear what you want – anything goes – but expect to see regulars in full-on rockabilly wear jiving and high-kicking until the early hours. Don’t be a wallflower – it wont be long before one of the well-dressed movers grabs you to be their new partner.

The Corsair Artisan Brewery Taproom is the craft beer brewpub attached to Nashville’s first distillery to open since Prohibition. A changing roster of sixteen craft beers from microbreweries around the country are featured, with three new beers every week. If you’re lucky, Andrew, the head distiller might be on hand to chat about the fizzy stuff until closing time. Tours and tastings are available, or you can just go in for a drink and to soak up the atmosphere (and aroma).

Okay, this is technically not in Nashville – but if you have time, the 90-minute drive to neighbouring town Lynchburg is worth trying. Every drop of Jack Daniels you have ever tasted is made here and the company is very proud of its heritage. Fascinating tours are available, with whiskey tasting for the over-21s and ironically, that is the only place you’ll actually be able to have a drink. Since 1920, Lynchburg has been a dry county – which means no booze is served. Anywhere. The cheeky peeps at Jack Daniels have managed to find a loophole in the law to offer tastings but if you want a proper drink you’ll have to head back to Nashville and take advantage of happy hour in Downtown!

Fans of the More4 TV series ‘Nashville’ will recognise this familiar music haunt and many segments from the show are actually filmed in the cafe, which has been a legendary music venue since the 80s. But visiting the real deal takes a bit of organisation and commitment. The tiny venue which features unknown artists, open mike nights and world-famous singers trying out new material, only has 100 seats. With two sittings a night, some seats can be booked but expect to be on the phone or pestering them by email over a month in advance. Seats are kept for walk-ins but you need to get there early (at least two hours) to guarantee yourself a place either at the bar or on a shared table. Every seat is taken, every night. Despite its starring role in one of TVs most-popular series’, The Bluebird Cafe manages to retain its original charm and guarantees guests a unique experience and a small glimpse of the real Nashville.

We bunked at the Hyatt Downtown. Rooms from £80 per night for a double room.

Flights to Nashville (From £479 on United  – with a stopover in Atlanta, Georgia)

Adapted from an original piece in the Daily Express. 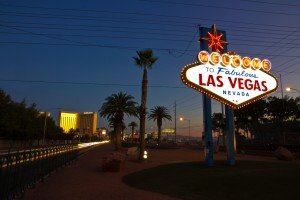 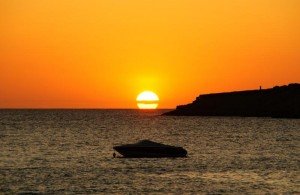