Welcome to passportstamps.uk! We are an independent travel website based in the UK, covering inspirational travel, theme parks, cult travel, family adventures and road trips. Join our Facebook page for new quizzes, travel posts and news and you can also find our fun travel videos on YouTube

You have reached our Mega Marvel Trivia ANSWERS PAGE for the Ultimate Marvel Hero QUIZ. Click on the link below to go back to the the full quiz:

We had 60 fun questions of Marvel Trivia. Below are the answers to all four rounds. Tweet us and let us know how you did!

ROUND ONE: ANSWERS
CLASSIC COMICS

2. Matt Murdock is a lawyer in New York’s Hell’s Kitchen

3. The original X-Men were: Cyclops, Jean Grey, Iceman and Beast (led by Professor X). One point for each!

6. Hulk was originally grey! He was coloured in green from issue 2.

8. a) German. Nightcrawler is from Germany

11. Norinn Radd is better known as the Silver Surfer, herald of the planet-eating Galatus!

12. Jennifer Walters is the She-Hulk

14. Jack Kirby is known as ‘The King’ for his sensational art and plotting that revolutionised comics in the 1960s

Click here to play ROUND TWO of our Epic Marvel Quiz

2. c)4. Stan Lee, famous for making cameos in all his films, appears in The Amazing Adventures of Spider-man attraction FOUR times

3. The newspaper that Peter Parker sells his photos of Spider-man to is called The Daily Bugle

4. Epcot at Walt Disney World Resort is hoping to launch the Guardians of the Galaxy: Cosmic Rewind coaster this year ahead of the park’s 40 year anniversary in 2022. Find out more about this attraction and other Walt Disney World breaking news here.

7. Doctor Doom is the monarch of the fictional nation Latveria.

9. Doctor Strange: Journey into the Mystic Arts was originally performed on board the Disney Magic, a ship from the Disney Cruise Line fleet.

10. The IMG Worlds of Adventure is in Dubai

12. The Marvel Comic Academy is at Shanghai Disneyland

13. The top speed of the Hulk Coaster at Universal Orlando Resort is 67mph

14. Iron Man will be the new theme of the original Rock ‘n’ Roller Coaster starring Aerosmith at Disneyland Paris.

15. a) 1997. Marvel Superhero Island opened in 1997 when the second theme park at Universal Orlando Resort, Universal’s Islands of Adventure opened.

CLICK HERE TO PLAY ROUND THREE of our Marvel quiz

1. Captain America was played by Catcher in the Rye author J.D. Salinger’s son, Matt Salinger in the 1990 movie.

2. Captain Marvel’s cat in the 2019 film is called Goose. FUN FACT: in the comics, her cat is called Chewie, after Star Wars’ Chewbacca.

3. Nick Fury’s left eye is covered by a patch. You can find out why in the Captain Marvel movie!

5. Former Doctor Who companions Karen Gillan (Guardians of the Galaxy) and Jenna Coleman (Captain America) both appear in the MCU

7. There are six Infinity Stones: The Space Stone (blue), the Reality Stone (red), the Power Stone (purple), the Mind Stone (yellow), the Time Stone (green) and the Soul Stone (orange). Did you get them all?

8. There are FOUR Fantastic Four movies (so far). The first came out in 1994, and was followed by the Jessica Alba starring Fantastic Four (2005) and its sequel Rise of the Silver Surfer in 2007. A rebooted Fantastic Four was released in 2015. Marvel are currently planning their own version…

12. Quicksilver dies in Age of Ultron.

14. Point Break is the password (this was Tony Stark’s sarcastic nickname for Thor!)

How are you doing so far? Super? Or not much of a hero…

CLICK HERE TO PLAY ROUND FOUR of our super quiz

2. Spider-Man: Turn off the Dark was written by Bono and The Edge from U2. It was the most expensive musical in Broadway history and was also sadly one of the biggest flops too!

5. Spider-Man’s Amazing Friends are Firestar and Iceman. Iceman is, of course, an X-Man, but Firestar was created especially for the series

7. Banner was known as “David” in the TV series, as Bruce was not thought to be a popular name.

AND THAT’S IT!
Add up your marvellous scores and see how you did below.
To return to the original quiz: click here

MUTANT!
1 to 20 points: Oh dear, looks like you’d better re-enrol in The Xavier’s School for Gifted Youngsters and get revising!

DEFENDER!
20-40 points: Not bad, but you still have some work to do! Maybe ask for subscriptions to Marvel Unlimited and Disney+ for Christmas!

AVENGER!
40-60 points: Wow, you know enough Marvel facts to join the ranks of Marvel’s Mightiest Heroes, The Avengers! Shawarma all round!

Can you complete our REALLY HARD Disney Quiz?

A Christmas Movie Quiz – how well do you know your festive favourites?

A Christmas quiz for kids

Can you remember all the lyrics to the musical Hamilton?

Do you know your Taylor Swift from your James Taylor? This country music quiz could be for you.

See our expert guides to Orlando:

Disney Trip Planner: Where to start when planning a trip to Disney World

What is the best hotel at Universal Studios, Orlando

Do you need a car in Orlando

What is the cheapest way to book a holiday in Florida

How much does Disney World REALLY cost?

What is the best kept secret in Orlando?

What else is there to do in Orlando, other than theme parks?

Top tips for DRIVING in the USA

Travelling with a baby for the first time: here is all you need to know

Is is worth staying on-property at a Disney or Universal themed hotel?

12 things to know before you book a villa in Orlando 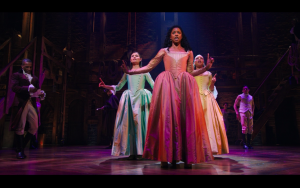