Harry Potter fans are buzzing with the news that a BRAND NEW HARRY POTTER RIDE is opening at Universal Studios Orlando. The Universal Orlando Resort has finally released some information on Hagrid’s Magical Creatures Motorbike Adventure and this is everything we know so far…

Universal have revealed the official name of the hotly anticipated ride will be Hadrid’s Magical Creatures Motorbike Adventure. According to Universal, the Hagrid ride will be the most highly-themed coaster yet. For the first time ever, guests will fly with giant Hagrid on a thrilling roller coaster ride that plunges into the path of some of the wizarding world’s rarest magical creatures.

Theme park fans are excited as this will be Universal’s first Harry Potter rollercoaster. If you have been to the park in Orlando, Florida, you will know there is a small coaster already in Hogsmeade called Flight of the Hippogriff. This small rollercoaster was adapted from its original design, called The Flying Unicorn, a family ride that has been at the park since before The Wizarding World of Harry Potter opened in 2010. The new Harry Potter roller coaster will be the first rollercoaster design to fit the brief of the books and films, overseen by Universal Park designers and JK Rowling. So, yeah, it is a big deal.

The coaster will be a motorbike and side-car design

As the name ‘Hagrid’s magical motorbike adventure’ suggests, the unique coaster will be a motorcycle design. The coaster cars will be made to look like Hagrid’s motorbike and sidecar. Guests will have a choice of sitting on the motorcycle, or inside the passenger seat, which hopefully means the ride will be accessible for disabled riders too. The ride will feature some never before seen (in real life) magical creatures from the franchise but not in the 3D form as used for Harry Potter and the Forbidden Journey and Harry Potter and the Escape from Gringotts. We’re excited to see what the creatives at Universal Orlando come up with next! See what effect Harry Potter has had on the Universal Orlando brand here.

After much speculation, it has been confirmed that Hagrid’s Magical Creatures Motorbike Adventure will officially open on 13th June, 2019 in The Wizarding World of Harry Potter – Hogsmeade at Universal’s Islands of Adventure in Orlando, Florida. If you are headed to the parks before that, insiders say a soft launch for the ride could start as early as May – we can only hope! Get your tickets now as it’s going to be busy!!

It will open before the mega launch of Walt Disney World’s Star Wars: Galaxy’s Edge… cheeky!

The epic new land in a Galaxy far, far away (at Walt Disney World’s Disney’s Hollywood Studios in Orlando) doesn’t open until Autumn, so the new Harry potter ride at Universal gets in first. Personally, we love all the rivalry – it’s like a Hollywood movie of its own! We don’t know much about Star Wars: Galaxy’s Edge other than it is looking pretty impressive (and huge) and will feature two attractions: Star Wars: Rise of the Resistance, an indoor ride (similar to Harry Potter and the Forbidden Journey or Pandora: World of Avatar maybe?) and Millennium Falcon: Smugglers Run, a interactive motion ride where six people will fly in the cockpit of the Millennium Falcon and required to fulfil specific tasks to complete the mission.

We have so much Disney and Universal Orlando information on our site, including a two-week itinerary for Orlando, where best to buy your Orlando theme park tickets, how to pick the best Universal Orlando Resort hotel and a massive Complete Guide to Orlando!

The new Harry Potter ride at Universal – what else do we know?

If you follow me on social media (Instagram) / (Twitter) you will know that the formally named Duelling Dragons was my favourite ride in Orlando! Me and theme park Rog (my dad) must have ridden over 100 times! After a necessary redesign, the coaster was renamed Dragon Challenge when The Wizarding World of Harry Potter opened to fit more carefully with the theme. Finally, Dragon Challenge closed and was dismantled in 2017 and on this site is the new Hagrid Harry Potter ride.

The ride has some exciting features

According to some unofficial photos of the ride, the track has no tall hills like Mako at Seaworld or upside-down loops like Hollywood’s Rip Ride Rockit. However, that doesn’t mean that it isn’t going to be VERY exciting. The roller coaster will have multiple launches and stops, unusual movements (such as the potential to spin – which has now been confirmed by Universal) and section where riders will be traveling BACKWARDS at 50mph. Hagrid himself, actor Robbie Coltrane, was at the media launch in London and he revealed a brand new secret about Hagrid’s Magical Creatures Motorbike Adventure – the ride will have an 18ft elevator-style drop, maybe like Disney’s Tower of Terror? The park has also planted 1000 real trees to replicate the Forbidden Forest and make it feel lifelike. One of the big suspicions on gossip sites is that Hagrid’s Magical Creatures Motorbike Adventure will also include a water surprise feature. I don’t know about you, but this is starting to sound absolutely epic.

The roller coaster designer has also created other rides for Universal

Hagrid’s magical creatures was designed by Intamin, the same manufacturer that created Falcon’s Fury at Busch Gardens, Thirteen at Alton Towers and Universal’s own Harry Potter and the Escape from Gringotts. We don’t know much, but we know they are likely to knock this one out of the park.

Fans are rumoured to get a sneak peak at Fluffy, the three-headed dog

It will be the first time this character will be seen in the park. The setting of the ride is likely to take place in the Forbidden Forest and Hagrid’s stomping ground, and so it makes sense that Fluffy will be in there somewhere. But how will Universal pull this off? Giant animatronic or 3D hologram? Watch this space. As well as Fluffy, riders will also get a glimpse of the Wizarding World’s rarest magical creatures, including a Centaur and a swarm of Cornish Pixies.

Which park is the new Harry Potter ride in?

As you know, Universal Orlando has three theme parks now, Universal Studios Orlando, Universal’s Islands of Adventure and Volcano Bay water theme park. Hagrid’s Magical Creatures Motorbike Adventure, the new Harry Potter ride will be at Universal’s Island’s of Adventure park. This is the park with Hogwarts Castle and the snow-covered Hogsmeade. In the evening, this is also where you will get to see the Harry Potter firework show, the Nighttime Lights at Hogwarts Castle

How tall do you have to be to ride the Harry Potter rides at Universal?

The question of how tall do you need to be to ride Hagrid’s Magical Creatures Motorbike Adventure has been a hot topic, which millions of Potter fans around the world wanting to take a thrill ride through the forest. Universal Orlando have now confirmed that riders need to be 48 inches or taller. This is the same height you have to be for Harry Potter and the Forbidden journey. For Harry Potter and the escape from Gringotts, riders only need to be 42inches and for the Flight of the Hippogriff, you need to be 39 inches, making it more suitable for younger children.

NOW, WHO IS EXCITED?!

Want to up your Instagram game? Find out how to play WALLS OF UNIVERSAL 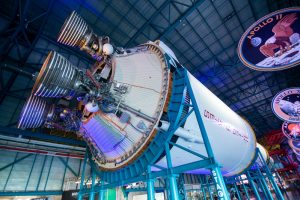