Since 1st October 2021, Walt Disney World in Florida has been celebrating 50 years since the gates opened for the first time way back in 1971. In true Disney style, the parks threw an epic 18-month celebration involving limited-edition food, entertainment and events – and opened two brand new attractions to thrill guests arriving to join the fun. Disney’s 50th Anniversary (named ‘The World’s Most Magical Celebration’) has been one of the biggest and most applauded galas of all time and you may be curious to hear that it’s not too late to join the party – with celebrations continuing until Spring 2023.

For visitors from the UK, heading out to Orlando can be a trip of a lifetime involving months (if not years) of planning to make sure it’s the perfect holiday. Last year, the pandemic finally eased and opened up the opportunity for overseas travel, but fares rocketed and the price of visiting long-haul destinations was sky high. For some people, myself included, it was just too costly to plan a trip to Orlando and Disney dreams had to be put on hold. However, fast forward to THIS autumn and there may be some fairy dust twinkling on the horizon.

Go to Florida before Summer 2023: Why you should go during Disney’s 50th Anniversary

Walt Disney World is always special, especially if you are a super Disney fan, a young family or if you don’t get to have big holidays like this very often. However, visiting during an iconic period, such as Disney’s 50th anniversary celebration, really is a once in a lifetime opportunity. There will never again be the ‘EAR-idescent’ 50 plaque taking pride of place on the front of Cinderella Castle. Mickey, Minnie and friends have limited-edition costumes for the celebration and this time next year, the time will be up and you’ll no longer get to meet the Characters wearing the special outfits and take photos. If you want to record memories of being at the parks and remember your family or group at this particular time of life, there is no better opportunity to capture the moment. I don’t know about you, but when Disney turns 100 in 2071, I want to say ‘well, I was at the 50th you know’. (I’ll definitely say ‘you know’ at the end, because I will be in my 80s…).

As well as photo ops that dreams are made of, Disney debuted two new night time spectaculars to celebrate the anniversary. Disney Enchantment is the flagship fireworks-over-the-castle, that everyone talks about. And, yes you do have to see it in real life to appreciate how incredible it really is. Projections on the castle, lasers, fireworks and special effects, all to the soundtrack of your favourite Disney songs. What could be better than that? Oh, only two amazing shows, no less.

Since Disney’s 50th Anniversary kicked off in October 2021, there have been two incredible firework shows to enjoy at Walt Disney World. Over at EPCOT, Harmonious takes place nightly across the lake and is one of the largest nighttime spectaculars ever created for Disney Parks. Truly original experiences; kids, adults, service dogs, grannies, everyone will be wow’d by the spectacle of it all.

In addition to the showstopping entertainment, there are so many other magical extras to enjoy during Disney’s 50th Anniversary celebration. Take a look at this dedicated post which lists everything that is happening over the next six months at Walt Disney World – including the two brilliant new rides, Guardians of the Galaxy: Cosmic Rewind and Remy’s Ratatouille Adventure, both at EPCOT.

Is it even possible to do a last-minute Florida trip?

You absolutely can! Why not? Yes, a trip to Orlando and Walt Disney World takes some planning (especially now you must reserve park days at Walt Disney World theme parks) but there are guides just like this one that can help you do that. There are currently some really tempting ticket deals from companies like attractiontickets.com and through Disney Parks UK themselves. You can buy tickets today and fly out next week if you really want to. Now that’s last minute! And, with some potentially great savings on tickets and flights, you have the option to spend the extra cash on a fancier hotel – such as Disney’s Grand Floridian or Disney’s Boardwalk Hotel – if that’s what you’ve always dreamed of. Nothing is stopping you having an adventure that starts in just a few weeks’ time.

With ‘escape’ fever finally dying down, demand for car hire, accommodation and flights has eased, making way for some of the best deals I’ve seen since 2020. Take a look at direct return flights from London to Orlando International on Virgin Atlantic for £396 (hand luggage only) or £471 with a checked suitcase in October.

For those looking for a package deal, Tui are offering direct flights from London to Melbourne Orlando Airport, with a checked bag and seven nights at the Rosen Inn Lake Buena Vista in October 2022 for £486 per person. Virgin Holidays have return direct flights to Orlando International, with a checked bag and seven nights at Coco Key Hotel and Water Park for £515 per person over the same dates. These prices are fantastic compared to advertised rates at the end of 2021, with some quotes double or even triple this amount.

By comparison, the same deals travelling on identical dates next year, in 2023, were £791 for Virgin Holidays (£276 more), and £949 on Tui (£463 more). That is a pretty big incentive to go wild and have a last-minute adventure to celebrate Disney’s 50th and enjoy a pretty amazing holiday at the same time, don’t you think?

Do you need to rent a car in Orlando?

The best rollercoaster in Orlando

What is the cheapest way to book a Florida holiday?

What else is there to do in Orlando besides theme parks?

Is this the best budget hotel in Orlando?

A complete guide to spending TWO WEEKS in Orlando

Disney Vs Orlando: which is best?

Where to meet Marvel characters in Orlando 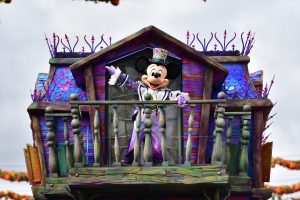 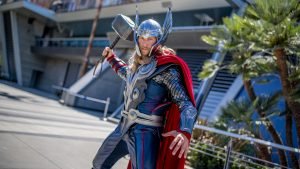 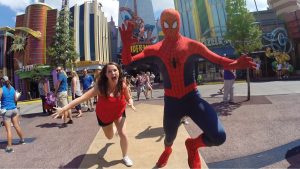 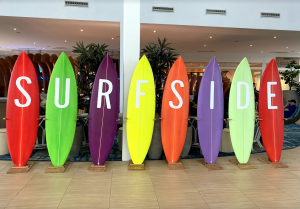