Anyone planning a dream holiday to Orlando next year will be wondering how Disney will celebrate the epic Walt Disney World 50th Anniversary, which is officially in October this year. Until now, they have been keeping things firmly under their hats (or, ears), leaving us all to wonder what is in store. With the pandemic still affecting travel and the opening of some attractions delayed, it was easy to see why. But, the wait is over! Disney have finally unveiled what they have planned for the event and in true Disney style, it looks like it’s going to be one fantastic party.

Walt Disney World 50th Anniversary: Everything we know so far

It’s the news we have all been waiting for! With the parks and resorts FINALLY releasing their 2022 tickets, the race is on to book your favourite hotel and lock in your theme park tickets so you can reserve park admission and be ready to book Fastpass+ and Disney Dining as soon as you can.

Fans booking for next year had been concerned they might end up missing out on all the fun. But, now they won’t need to worry – The Walt Disney World 50th Anniversary has been confirmed as a whopping 18-month event, starting on 1st October 2021. Here, we have everything we know about Disney’s 50th anniversary so far including a few tips and tricks for booking the best holiday to Orlando to join the party.

‘The World’s Most Magical Celebration’ is set to begin on October 1st THIS year
at Walt Disney World Resort in Florida. The event is to celebrate the Walt Disney World 50th Anniversary – 50 years since the gates to Walt Disney’s family theme park opened and his dream became a reality in Orlando, Florida. Since then, Orlando welcomes 70 million tourists every year (pre-pandemic) and has became the world’s number one holiday destination. Now that’s a reason to celebrate!

2. The event will light up the World

The 18-month Disney 50th anniversary celebration event will feature new experiences at the resort’s four theme parks – Magic Kingdom Park, Animal Kingdom, Disney’s Hollywood Studios and EPCOT (which celebrates its own 40th birthday next year too. Prepare for an even bigger party!). We looked at some of the exciting new attractions and shows in this post about going to Disney this year. It’s now rumoured the sky will light up, as if by magic…

3. Cinderella Castle will be the centrepiece of the Walt Disney World 50th Anniversary

Since Magic Kingdom Park was the only theme park open in 1971, we expected the original park to be where the Walt Disney World 50th Anniversary celebrations begin, and we were right. The iconic Cinderella Castle will star at the heart of the magic with new gold bunting, sparkling golden embellishments and other new enhancements, including a Walt Disney World 50th anniversary crest warmly welcoming guests to the join the festivities. Fans will already know that the famous castle had a bright new makeover last year and so these extras will make it even more selfie-tastic. If photos are your thing, this post tells you exactly where to get the best photographs at Walt Disney World.

4. The new illuminated attraction will be called ‘Beacons of Magic’

With the incredible fireworks over the castle temporarily on hold, due to Coronavirus, guests will no doubt be excited to see how Disney illuminates the sky in a post-pandemic world. We know they’ll ‘knock it out of the park’ as the saying goes, and we can’t wait!

5. There will be actual pixie dust!

A new firework and illuminations show hasn’t been confirmed, due to current social-distancing rules, but Cinderella Castle WILL illuminate Magic Kingdom Park with a ‘dazzling radiance that sparkles with pixie dust’ according to Disney. A castle that twinkles? I’m ‘ear for that!

6. Nature’s beauty will be in the spotlight

At Disney’s Animal Kingdom Theme Park, the Tree of Life will glow under the light of magical fireflies designed to showcase the magic of nature. Animal Kingdom is already one of our favourite parks after-dark (especially the bioluminescent floor at Pandora: World of Avatar), so we really can’t wait to see the stunning Tree of Life in all its glory.

In a truly old-school silver screen celebration, The Hollywood Tower Hotel at Disney’s Hollywood Studios will be in the spotlight, evoking that golden age of imagination and adventure that Walt Disney dreamed off when he was planning the parks. On that note, if you haven’t seen the Disney imagineering documentaries on Disney+, we highly recommend them!

EPCOT is set to have a huge new makeover ahead of its 40th Anniversary next year (Epcot opened a year after Magic Kingdom Park). We detail a lot of the plans in our 25 reasons to go to Walt Disney World Next Year post. For the Walt Disney World 50th Anniversary, new lights will shine across the reflective panels of Spaceship Earth, connecting to one another in a symbol of optimism resembling stars in a nighttime sky. PLUS: Fans will be delighted to hear the iconic structure’s permanent new lighting will continue beyond “The World’s Most Magical Celebration” Disney 50th Anniversary as a defining feature of the park. We can’t wait to see what they have done.

9. A makeover for Mickey and Minnie

It all started with a mouse! From that first drawing of Mortimer Mouse, could Walt Disney have envisioned millions of fans from across the world would be flying in to celebrate the 50-year anniversary of Walt Disney World? To be fair, he was one of life’s most excellent visionaries, so I bet he could! Of course, Mickey and Minnie will be stepping out in style for the big bash. As hosts of “The World’s Most Magical Celebration,” Mickey Mouse and Minnie Mouse will be dressed for the occasion in sparkling new looks, custom-made for this special occasion. Rumour has it these limited edition designs will include beautifully embroidered impressions of Cinderella Castle surrounded by fireworks, as well as a brocade in multi-toned, ‘EARidescent’ fabric – all punctuated with shimmers of gold. Will there be some limited edition Mouse Ears too… I think so, don’t you?

In 50 years, Walt Disney World has welcomed millions of families, sparked marriage proposals and become the happiest place on earth for so many people. For fans, like me, who have grown up with the parks, the Walt Disney World 50th Anniversary celebration is an occasion for them to celebrate too – especially following the very difficult year that preceded it. With new Covid-19 safety precautions in place, including hand sanitising and washing stations, park capacity restrictions, mask mandates and physical distancing measures, Walt Disney World is safer than ever.

There is no doubt, despite some changes, it’s going to be a very exciting few years for Disney. The 50th anniversary is the perfect chance to celebrate the stories, characters and adventures that we will cherish for a lifetime.

“The World’s Most Magical Celebration” to commemorate the Walt Disney World 50th Anniversary commences on October 1, 2021. Tickets for 2021 and 2022 have been released and are ready to buy now.

Read our guides on where to buy the best Orlando theme park tickets, how to book the cheapest Walt Disney World Holiday.

You may also find our popular Disney Trip Planner and our two-week sample itinerary helpful too. If you want to start getting excited now, we recommend these wonderful books about Walt Disney World.

More details about “The World’s Most Magical Celebration” will be announced in the future. For more information, follow us on Twitter and Instagram or visit WDWNews.com.

SEE ALL OUR FREE DISNEY AND ORLANDO PLANNING GUIDES

What else is there to do in Orlando besides the theme parks?

Test your Disney knowledge with our REALLY HARD Disney Quiz

Staying at a Disney or Universal resort hotel – is it worth the extra money?

What to wear to Walt Disney World

Should you rent a villa in Orlando?

Florida road trip? Why you should consider a weekend in Tampa Bay 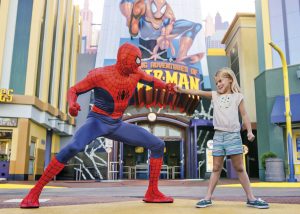 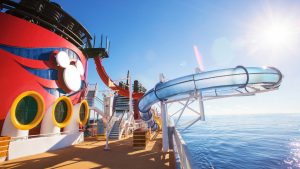 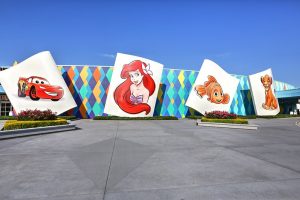 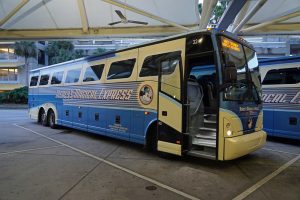