Home » Blog » Just another girl with a blog…

Just another girl with a blog…

Ten years ago (in February 2005) I started work in my first paid journalism job. After doing a summer of work experience, a few paid commissions, plus a stint as a Page Three stylist (NOT model), my then editor, Samm Taylor, remembered me and offered a junior writer role. I was finishing my post-grad at London College of Fashion and the magazine agreed to let me do two days a week until I was done. I can’t believe that was a decade ago.

From day one I wanted to be a travel journalist. I wanted to go places, meet people, see things and then come home and rave about them to anyone who would listen. I was obsessed with Trip Advisor. Like, properly obsessed. I was on there all the time giving people advice and spending hours writing detailed reviews of places I’d been to. Heaven knows what happened to them! If I had any understanding of the Internet (which, by the way I still don’t really), I’d definitely be a millionaire by now. I’d be a dotcom entrepreneur – probably from creating some travel version of Facebook – and giving inspirational seminars in Silicon Valley from my John Lautner-designed house. But, I had no idea how to become a travel journalist and no understanding of the industry. Surprisingly, no one wanted to pay a 23-year-old with no experience to travel the world and report back from behind a pitcher of Mai Tai… how things have changed! 20s me is sooo jealous of 2015 20-somethings!

So, I began writing for women’s magazines and did as much travel writing on the side as I possibly could to feed my wanderlust. I wouldn’t change anything about my career so far. Our interns often ask me what to expect as they embark on their fresh adventures in journalism. I can only tell them about my own experience. You will have the best time ever. You will be able to see things, do things, write about them and get paid. Your brilliant social life will make up for your terrible wage. Being made to work past midnight/in cars/from fields… means you’ll build solid lifelong friendships from your equally frazzled new colleagues/support network. You’ll drink cases of wine you can’t afford but don’t need to pay for anyway. You will be quickly and ruthlessly educated that no one cares if you cry in the office, that some people will literally, physically push you down to get where they want, and that no matter how nice you are there will always be people who just don’t like you. You’ll cross paths with the best and worst of all mankind and they will make you swing from the sort of highs that make you believe you can take over the world, to feeling like a worthless shadow. Eventually you’ll find your voice and work out how to use it. You’ll realise you have the best job in the world*.

Since I got my first magazine paycheck (I got £50 a day), I’ve somehow managed to work my way up and fulfill my ambition to become an editor in 10 years. This year, thanks to my team at PRO Hair & Beauty, I received a BSME nomination for my efforts, which is pretty crazy and a total surprise. I also decided to start this website. So yes, it’s been a very busy 2015…

IN WITH THE NEW

Becoming a ‘blogger’ (if you can call me that) is like going back to my first day at Love it! magazine. But, scarier. Instead of being judged by your bosses and the other girls who want your job, you’re being judged by everyone, everywhere. Your flaws have a URL and your mistakes can be seen from Tristan da Cunha. After all those years of trying to make it in the media, I’m starting from scratch. Only, I’m not a 20-year-old Internet whizz kid juggling a Mai Tai and a webcam in a barely-there bikini and taking over YouTube. I’m a discombobulated 30-something with a vague understanding of social media, no understanding of SEO and a cupboard of photo albums filled with pictures that need scanning if I want them on the Internet. I’m learning new things every day from people half my age. My heroes remain learned writers of the past with a peppering of inspiring wordsmiths from today. It feels weird starting again after so long but I’m excited. I’ve done a lot of ridiculous things in the name of work and right from the start it’s always been so much fun – how cool that I get to do that over again? The only negative that comes from a wealth of experience is that after years on the job things can become commonplace. I don’t feel like that. I think I can do this blogging thing because I believe there is a beauty in being intoxicated by life. My excitement is abundant. I am still giddy to have a boarding pass in my hand, thrilled by the force of a 777 taking off and charmed by towels folded into the shape of swans. That first breath of warm air when you step off the plane in a hot country is an instant aphrodisiac. I still take pictures of clouds. I always listen to the safety briefing and every time they say ‘a light and a whistle to attract attention’ it makes me think of Rose being rescued in Titanic. For me, a life filled with travel is one constant adrenalin rush.

So this is my first actual blog-style blog post. I didn’t set up passportstamps to create an online diary of my journeys but numerous people keep telling I should have one. There are some really crap ‘blogs’ out there that are nothing but terribly written, half-arsed-researched lazy internet word homes. And there are some incredibly witty, entertaining sites bursting at the seams with captivating, relevant and inspirational content that would make seasoned travel editors green with envy. I have learned that blogging is not easy. It’s not, as perceived by some, ‘a way to get loads of money and free stuff from doing next to nothing’. It’s hard work, requires relentless energy, passion and a strong self-belief that what you’re writing is something people want to read. Setting up a website has deprived me of sleep, cut into time with family and friends and required me to learn a completely new trade that is vaguely linked to my own, but categorically different in every way. I have a day job too, so yeah, I work practically all the time. But I love it. I’ve become a total workaholic and it’s addictive. I’m really lucky to have a band of talented and well-travelled journalists and contributors to help me with that. And believe me, I’d travel with any one of them without a moments hesitation. What they have to say is worth reading.

So, yeah, I’m now just another person with a blog. When I’m not travelling somewhere lovely I’m not sure what I’m going to write about but let’s see how this goes. If it doesn’t work out I guess I can just delete it from the Internet and no one will know it ever existed. Hello digital world – here’s to the next 10 years.

*Okay, except for maybe, ‘rockstar’

VIDEO: NOT QUITE NAILING THIS WHOLE VLOGGING THING…

(My boyfriend Henry is no help!)

READ about passportstamps.uk’s nomination in the Travel Media Awards here 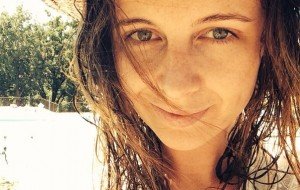 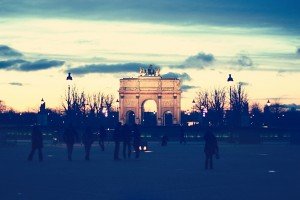